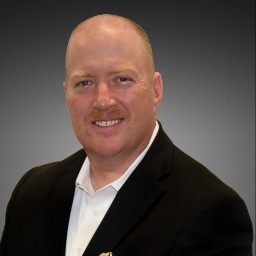 Each year, somewhere in our viewing area, we see a similar story play out:

The media usually has a narrative: ‘people are in danger and need to be evacuated!’

But sometimes the media has a different narrative: ‘people are being forced to evacuate their homes!’

The uninformed have a narrative: ‘people are stranded and the government isn’t helping!‘

Some sheltering organizations have a narrative: ‘call us early enough and we can have shelters set up to receive evacuees, as long as they are not criminals, pet owners and they have insurance we can bill later!’

Some residents in the impacted area have a narrative: ‘I’m not leaving my ______, so I’m staying put!’

Clearly, there are many nuances to deciding, implementing or enforcing a mass evacuation. I’ll leave those nuances for another day but I want to share two rules that I see often violated in the rush to serve the victims of a disaster.

“One can not recover from a disaster, from within a disaster.”

Business Continuity folks generally get this rule right. Their continuity plans usually address ‘warm sites’ to quickly stand up a remote office, ‘fail-overs’ in case of server failure, and lots of other redundancy baked into their contingency plans.

Incident managers? Not so much. Evaluating disaster simulations is where I see this rule frequently violated. Remember, how we train is how we perform!

Here’s how it plays out:

Incident managers (aka Incident Commanders in ICS-lingo) get to decide where the command post is going to be. Since many of them are responders at heart, they like to establish the command post close to the action.

The same questionable logic is frequently used for family reunification centers, shelters, base camps and the like.

Even during event management we see this dubious planning on display.

For the general public that’s been impacted by the disaster, the plan to recover from a disaster while in a disaster is even worse.

When everything goes as planned, these event or incident facilities provide incident managers easy access to their troops and the event. I get it. Really. However, world-class Response Leaders know to plan ahead, to manage risk and to create contingencies for when things don’t go as planned.

So having a plan that expects people to recover from a disaster while they are inside a disaster is a recipe for another disaster.

Let’s not do that, okay?

It’s a rule near and dear to my heart because I mindlessly violated it many times, endangering the welfare of hundreds of people.

“Our job as responders is to move survivors from a BAD place to a BETTER place.”

I learned this critical lesson in 2005 while responding to Hurricane Katrina. We spent all day everyday evacuating people from their homes. We would bring them to dry land and then they would enter an ‘evacuation pipeline’ leading to who-knows-where. At the end of our workday, we would be bussing it back to our base camp and would see some of the hundreds (eventually thousands) of people that we evacuated huddled on a freeway overpass, sans food, water, shelter or hygiene facilities. What?!?! Some folks that we evacuated would even re-appear back in their flooded, toxic-sludge-filled neighborhoods. When asked why they came back, they would tell us “because at least here I have some shelter.” Really.

The solution, as usual, is found somewhere in the middle:

“Our job as responders is to move survivors from a BAD place to a BETTER place.”

Better places could be:

There’s not a rule book on how specifically to do this. Just be human, remember the mission and treat people less like a statistic and more like someone having their worst day ever.

If you’ve been a responder for any length of time, you surely have your share of unpleasant images and experiences burned into your brain. Knowing that we unintentionally abandoned – to a WORSE place – so many of the people we were there trying to help are some of mine.

The second part of the solution usually involves better decision-making by our Response Leaders, which should include everyone involved.

By strategically overseeing and forecasting the evacuation pipeline, Response Leaders can anticipate where friction might occur and where better solutions may be needed.

Not their only responsibility during the fog-of-war, of course, but considering that the welfare of the evacuees is the reason we’re there in the first place should make this topic a fairly high priority, don’t ya think?

When I teach this lesson in front of a classroom, it simply looks like this:

Thanks for what you do.  See you next time!